Home Home | News | Statement by President Donald J. Trump on the Defeat of ISIS in Raqqah 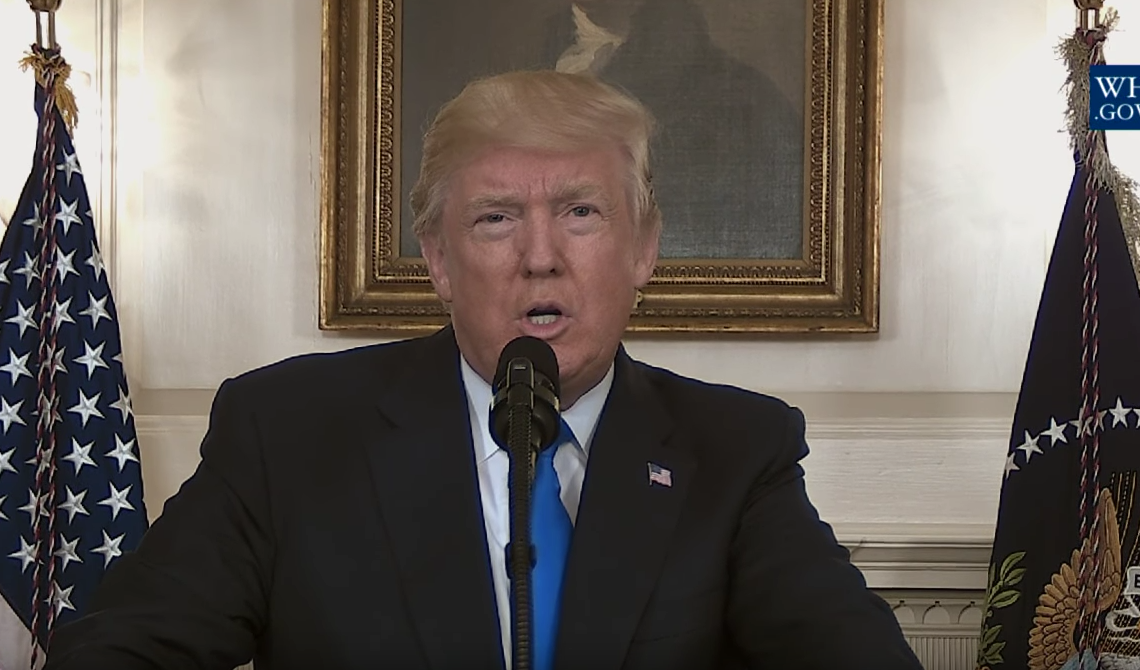 Statement by President Donald J. Trump on the Defeat of ISIS in Raqqah

I am pleased to announce that the Syrian Democratic Forces, our partners in the fight against ISIS in Syria, have successfully recaptured Raqqah – the terrorist group’s self-proclaimed capital city. Together, our forces have liberated the entire city from ISIS control.

The defeat of ISIS in Raqqah represents a critical breakthrough in our worldwide campaign to defeat ISIS and its wicked ideology. With the liberation of ISIS’s capital and the vast majority of its territory, the end of the ISIS caliphate is in sight.

We will soon transition into a new phase in which we will support local security forces, de-escalate violence across Syria, and advance the conditions for lasting peace, so that the terrorists cannot return to threaten our collective security again. Together, with our allies and partners, we will support diplomatic negotiations that end the violence, allow refugees to return safely home, and yield a political transition that honors the will of the Syrian people.

One of my core campaign promises to the American people was to defeat ISIS and to counter the spread of hateful ideology. That is why, in the first days of my Administration, I issued orders to give our commanders and troops on the ground the full authorities to achieve this mission. As a result, ISIS strongholds in Mosul and Raqqah have fallen. We have made, alongside our coalition partners, more progress against these evil terrorists in the past several months than in the past several years.

I commend all of our coalition partners for the sacrifices they have made in this noble effort.  Therefore, as we recognize this military accomplishment, we also pause to honor our service men and women and all they have given to protect us and all civilized people from these modern day barbarians.

Today, we reaffirm that ISIS leaders, and anyone who supports them, must and will face justice.