Home Home | News | The Importance of Sanctions on Iran 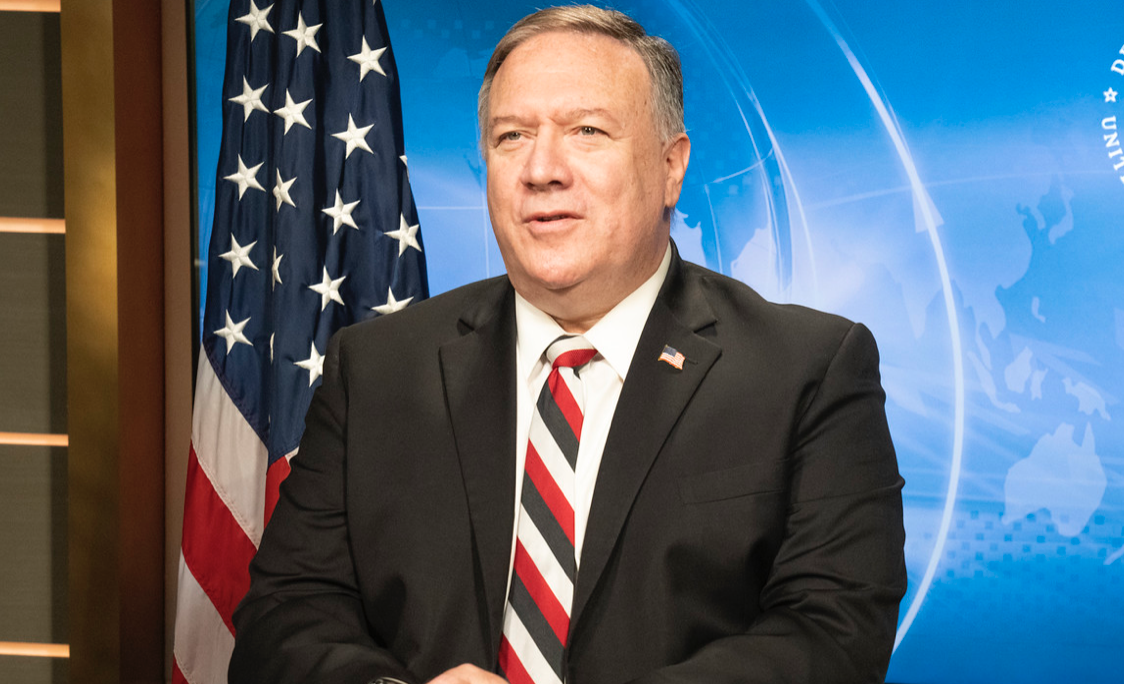 The Maximum Pressure campaign against the Iranian regime continues to be extraordinarily effective.  Today, Iran’s economy faces a currency crisis, mounting public debt, and rising inflation.  Prior to the Maximum Pressure campaign, Iran was exporting nearly 2.5 million barrels of oil per day. Now it struggles to export even a quarter of that volume.  Since May 2018, we have denied the regime of direct access to more than $70 billion in oil revenue, and will continue to prevent the regime access to around $50 billion annually.  The Iranian rial has depreciated to one fifth of its former value against the dollar since the start of the campaign, while Iran’s GDP has shrunk by around 6% for three consecutive years.

These sanctions deprive the regime of funds it would use to carry out its malign activities.  As a direct result of sanctions, Iran reduced its military budget by nearly 25 percent in 2019.  The regime’s terrorist proxies and partners beg for cash, and have been forced to take austerity measures, even furloughing some terrorist fighters.  Sanctions are part of the pressures creating a new Middle East, bringing together countries that suffer the consequences of Iran’s violence and seek a region more peaceful and stable than before.  Reducing that pressure is a dangerous choice, bound to weaken new partnerships for peace in the region and strengthen only the Islamic Republic.

We need not speculate about what a cessation of sanctions would imply for Iran’s funding for terrorism; we can simply look to the recent past.  From 2016 to 2018, Iran took advantage of the sanctions relief provided under the JCPOA to increase its defense spending by more than 30 percent, to a record high.  Iran’s proxies and partners became flush with cash and greatly emboldened.  The Iranian people did not benefit from the funds as had been promised by their leaders; instead, the regime increased funding for the military and for the Basij, the key instrument of internal oppression, while its elites took billions to enrich themselves.  That is why Iranian dissidents around the world are calling for sanctions to remain against this regime as long as its malign behavior continues.

The Iranian regime seeks a repeat of the failed experiment that lifted sanctions and shipped them huge amounts of cash in exchange for modest nuclear limitations.  The regime desperately needs an economic lifeline.  For that reason, they make two arguments: sanctions are useless and ineffective; or, in the alternative, when sanctions are effective they hurt only the Iranian people and not the regime; either way they should be removed.  The regime’s greatest fear is that sanctions will remain.

We can expect to see repeated efforts by the regime to spread disinformation, and we are likely to see reports and arguments that say sanctions have failed.  We should not be deceived.  The consulting firm Facts Global Energy (FGE) reports Iran exported only 280,000 barrels of oil per day in October.  Other estimates are higher, but even if we double FGE’s numbers we see the enormous impact of U.S. sanctions.

Meanwhile, the Western media reports with alarm that the Iranian regime is increasing its stockpile of enriched uranium.  This is indeed troubling, but even more disturbing is the notion that the United States should fall victim to this nuclear extortion and abandon our sanctions.  That is precisely the effect the regime intends when it publicly discloses its uranium stockpile. The world must never reward nuclear threats with a cash appeasement—and must never fall victim to regime propaganda intended to save it from powerful sanctions.

The Maximum Pressure campaign is working, sanctions will continue, and the United States will not hesitate to impose painful consequences on those who engage in sanctionable activity.  Throughout the coming weeks and months, we will impose new sanctions on Iran, including using our nuclear, counterterrorism, and human rights authorities, each reflecting the wide range of malign behavior that continues to emanate from the Iranian regime.  These sanctions are a critical tool of national security to preserve the safety of the region and to protect American lives.