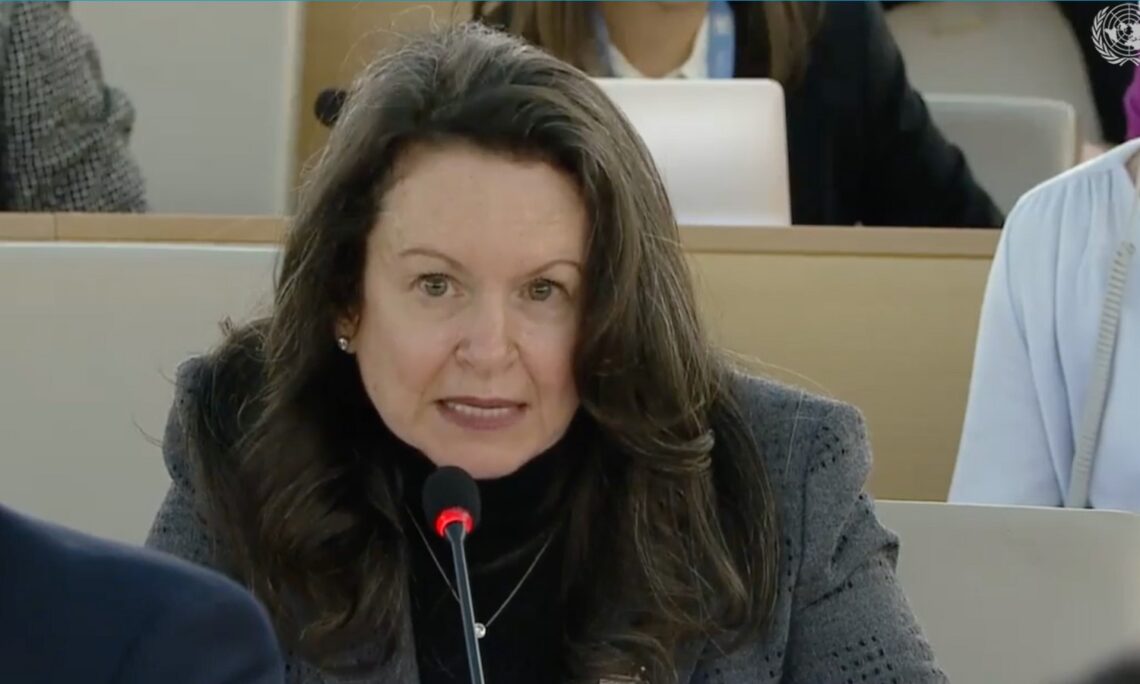 Today’s Special Session at the UN Human Rights Council addressed the deteriorating human rights situation in Iran, with a particular and appropriate focus on the regime’s brutal acts of repression and violence against women and children, especially girls. Following the death of Mahsa Amini in the custody of Iran’s so-called “morality police,” thousands of brave Iranians have risked their lives and their liberty to protest the regime’s long record of oppression and violence. The regime has responded with a ruthless crackdown on peaceful protestors, including the lethal response on November 19 in Mahabad, mass arrests including the preemptive detention of journalists, and use of the death sentence against peaceful protestors. The United States continues to support the people of Iran in the face of this brutal repression. We reiterate our call for the regime to immediately end its harsh crackdown and cease its violence against women and girls.

The UN Human Rights Council has a crucial role to play in drawing international attention to human rights crises such as the one in Iran, investigating them, and establishing accountability mechanisms to document and respond to the abuses committed. Today’s session leaves no doubt that the HRC’s membership recognizes the gravity of the situation in Iran, and the fact-finding mission established today will help ensure that those engaged in the ongoing violent suppression of Iranian people are identified and their actions documented.

It is also important that the international community work in partnership to ensure that Iran plays no role on UN or other international bodies charged with protecting and promoting human rights of women. As Vice President Harris recently announced, the United States is working with other nations to remove Iran from the UN Commission on the Status of Women.

We look forward to the day when all Iranians can enjoy the human rights and fundamental freedoms enshrined in the Universal Declaration of Human Rights. That day is long overdue.