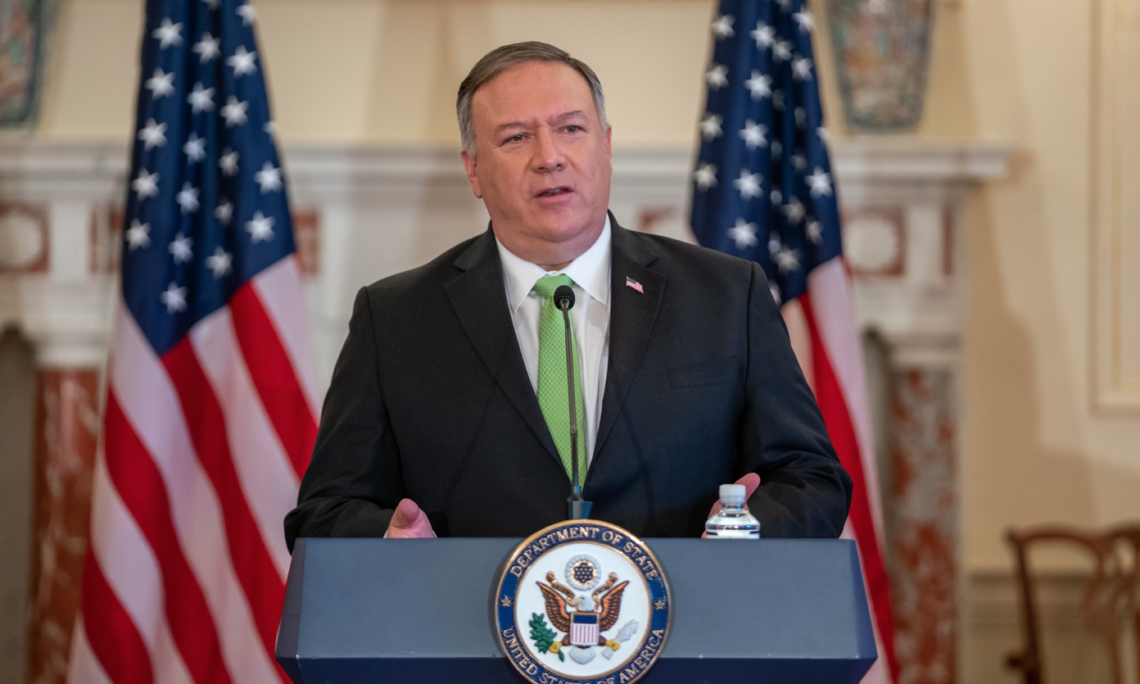 The Trump Administration has made clear that the United States will do whatever it takes to prevent the Islamic Republic of Iran, the world’s leading state sponsor of terrorism and anti-Semitism, from spreading death and mayhem throughout the Middle East and the world. Rather than wait for the day that Iran threatens the world with a nuclear weapon, the United States is again fulfilling the best traditions of American global leadership and taking responsible action.

Today, under the leadership of President Donald J. Trump, the Departments of State, Treasury, and Commerce took significant action to counter Iranian nuclear threats as well as missile and conventional arms proliferation.

Across each of these areas, the Islamic Republic of Iran poses a unique threat to the world. The regime uses its nuclear program to extort the international community and threaten regional and international security. Iran possesses the largest ballistic missile force in the Middle East, and it has exported both missiles and missile production technology to violent non-state actors such as Houthi militias in Yemen and Hizballah terrorists in Lebanon and Syria. The U.S. and partner forces have repeatedly interdicted Iranian weapons en-route to the Houthis in the past year, demonstrating that the regime continues to use its arsenal of conventional weapons to destabilize the Middle East and foment sectarian violence and terrorism across the region.

These actions underscore that the United States will not hesitate to counter the Iranian nuclear, missile, and conventional arms threats that led the UN Security Council to unanimously impose sanctions on Iran in the first place beginning in 2006. These measures are now again in force against Iran, thanks to the return of sanctions pursuant to UN Security Council resolution 2231.

The Trump Administration is keeping Americans and citizens across the Middle East and Europe safe by taking responsible actions against the world’s leading state sponsor of terror and anti-Semitism. We will continue and expand our sanctions until Iran is willing to conclude a comprehensive negotiation that addresses the regime’s malign behavior. We are always open to diplomacy with Iran, but Iran must respond with diplomacy, not with more violence, bloodshed, and nuclear extortion. Until then, maximum pressure will continue.