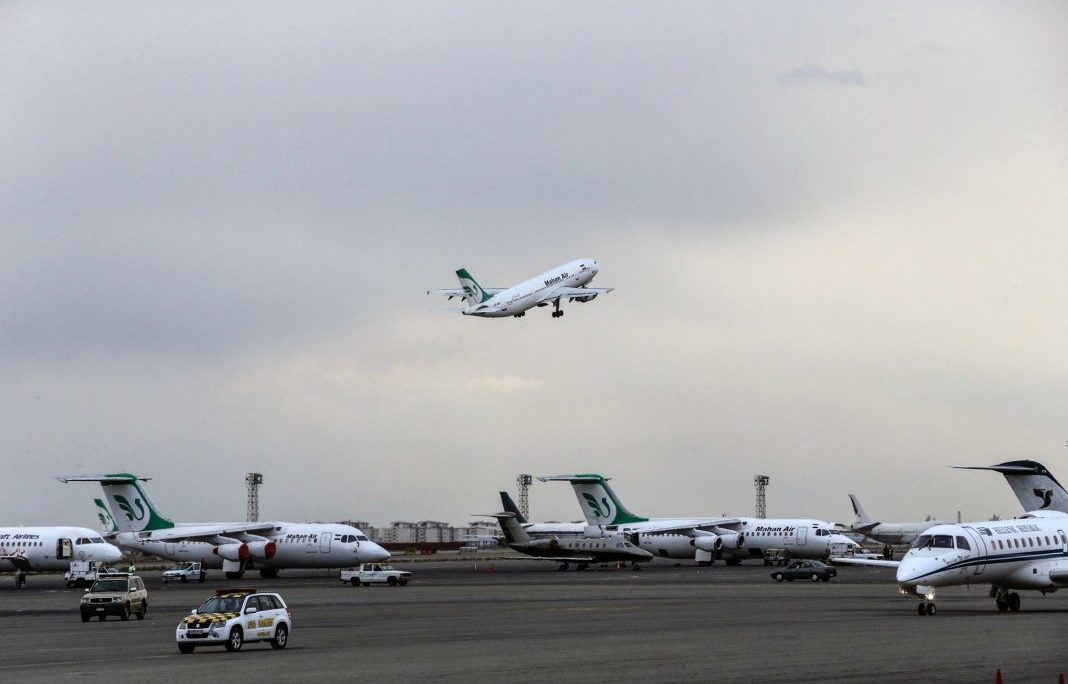 That assessment comes from the U.S. Treasury Department, which earlier this year identified several companies and networks that had procured parts and services for Mahan Air and several smaller Iranian airlines.

This was the latest in a string of actions going back to 2011, when the U.S. sanctioned Mahan Air for giving financial, material and technical support to the Islamic Revolutionary Guard Corps–Quds Force, the special forces group that has played a central role in Iran’s destabilization of the region.

Katherine Bauer of The Washington Institute for Near East Policy says that “fundamentally what this company is involved in is ferrying fighters and other resources to support Iran’s activity in Syria and to support Lebanese Hezbollah and other malign activities in the region.”

Mahan has bypassed the normal security procedures for commercial flights. “They’ve manipulated flight manifests not to show when Quds officials are traveling, and they’ve also done the same for Lebanese Hezbollah,” Bauer said.

According to the Treasury Department, Mahan frequently uses front companies around the world to get the parts and repairs required to keep its planes in the air while it’s been under sanctions. “The deceptive practices these airlines employ to illegally obtain services and U.S. goods is yet another example of the duplicitous ways in which the Iranian regime has operated,” said Treasury Secretary Steven T. Mnuchin in a statement.

The Iranian government has used Mahan Air for this purpose before, during and after the time the U.S. participated in the Iran nuclear deal, from January 2016 until May 2018.

In fact, the Iran deal may have helped to expand Mahan’s operation, said Bauer, as the easing of secondary sanctions against Iran led some nations to resume business with — and increase travel to — Iran.

Mahan Air currently flies to 42 international destinations, according to its website.

“Countries and companies around the world should take note of the risks associated with granting landing rights and providing aviation services to the airlines used by Iran to export terrorism throughout the region,” Mnuchin said in the announcement of the sanctions.