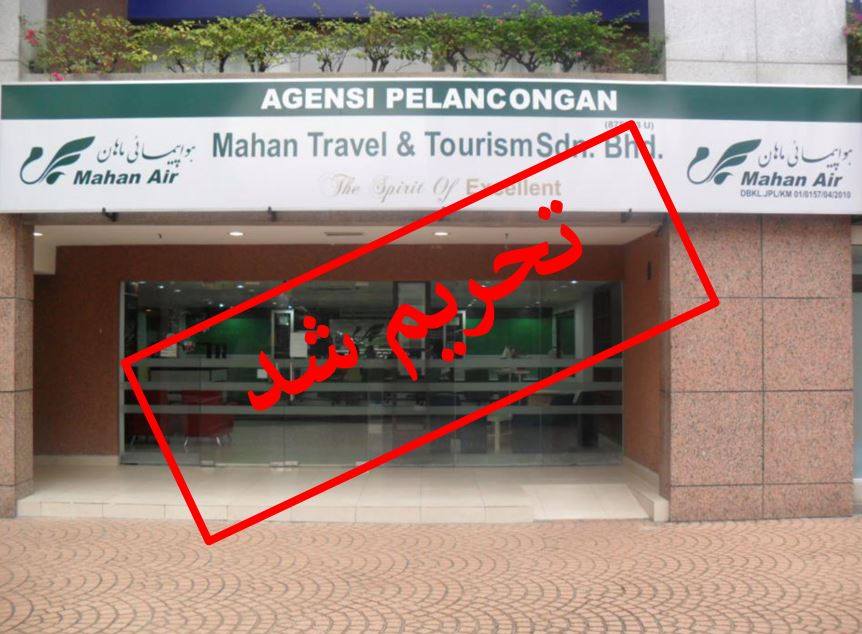 “Mahan Air is the airline of choice for the Islamic Revolutionary Guard Corps-Qods Force, facilitating its support to terrorism across the Middle East. Mahan’s regular flights to Syria are used to prop up the Assad regime and deliver weapons, foreign fighters, and Iranian operatives who sow violence and unrest across the region,” said Secretary of the Treasury Secretary Steven T. Mnuchin. “The United States government has been very clear about the deadly role played by Mahan Air. Our action against an independent company providing General Sales Agent services to Mahan makes clear to all in the aviation industry that they urgently need to sever all ties and distance themselves immediately from this airline. Companies that continue to service Mahan aircraft, or facilitate Mahan flights in and out of airports in Europe, the Middle East, and Asia, are on notice that they do so at great financial risk.”

Mahan Air was designated in October 2011 pursuant to E.O. 13224 for providing financial, material, or technological support for the Islamic Revolutionary Guard Corps-Qods Force (IRGC-QF). The IRGC-QF was previously designated pursuant to E.O. 13224 on October 25, 2007 for its support to numerous terrorism-linked organizations. Mahan Air has ferried IRGC-QF operatives, weapons, equipment, and funds abroad in support of the IRGC-QF’s destabilizing regional operations. Mahan Air has transported IRGC-QF personnel between Iran and Syria for military training and has facilitated the covert travel of IRGC-QF members by bypassing normal security protocols and flight manifests. The airline has also transported weapons and personnel for Hizballah and regional armed groups whose actions promote conflict and regional instability. Since the onset of the Syrian civil war, Mahan Air and other designated Iranian commercial airlines have routinely flown fighters and materiel to Syria to prop up the Assad regime. Iran’s military support for Assad has contributed to mass atrocities in the country and the displacement of millions.

A GSA is an agent that provides services on behalf of an airline under the airline’s brand. There are several types of services and support that GSAs typically offer on behalf of airlines, such as: sales and marketing, freight reception and handling, airport warehouse and ramp supervision, administrative services, and financial services.

This action serves notice to the aviation community of the sanctions risk for individuals and entities maintaining commercial relationships with Mahan Air and other designated Iranian airlines. Persons operating in the civil aviation industry should implement appropriate controls to ensure compliance with legal requirements and sanctions. In addition to GSA services such as reservation and ticketing services, potentially sanctionable activities—when conducted for or on behalf of a designated person—include procurement of aircraft parts and equipment, maintenance contracts, provision of airline ground services, catering, interline transfer and codeshare agreements, refueling contracts, cargo cooperation agreements, cargo sales agent services and agreements, and freight forwarding services.

Today’s action demonstrates the U.S. Government’s continued commitment to enforcing existing sanctions and to targeting those that provide support to terrorism.