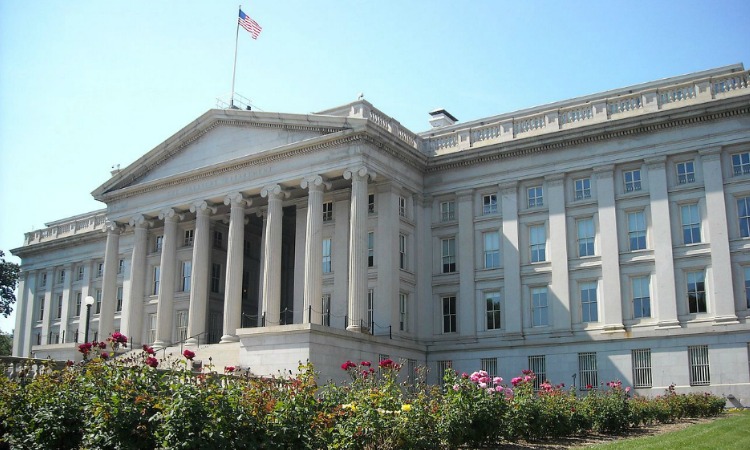 Washington – Today, the U.S. Department of the Treasury’s Office of Foreign Assets Control (OFAC) designated seven targets in connection with Iran’s ballistic missile program.  OFAC designated two senior Iranian defense officials, including a defense official who facilitated the sale of explosives and provided other support to Syria and the director of the organization responsible for Iran’s solid-fueled ballistic missile program.  In addition, OFAC designated a China-based network that is supporting Iran’s military by supplying millions of dollars’ worth of missile-applicable items and an Iran-based entity that is assisting Iran’s ballistic missile program.  Today’s actions were taken pursuant to Executive Order (E.O.) 13382, which targets proliferators of weapons of mass destruction and their means of delivery and supporters of such activity.  These sanctions underscore the United States’ concern with Iran’s continued development and testing of ballistic missiles.

“This Administration is committed to countering Iran’s destabilizing behavior, such as Iran’s development of ballistic missiles and support to the Assad regime.  It is alarming that individuals involved with Iran’s missile program are assisting the brutal Assad regime, and we are taking action to curtail this behavior,” said Treasury Secretary Steven T. Mnuchin. “These sanctions target Iranian officials as well as a China-based network that are providing support to Syria and supplying items to further Iran’s ballistic weapons program.  The United States will remain vigilant when it comes to Iran.”

OFAC took today’s action in conjunction with the State Department’s release of its semi-annual report to Congress detailing sanctions imposed on persons responsible for or complicit in human rights abuses committed against citizens of Iran or their family members. View Report

OFAC sanctioned Morteza Farasatpour, a senior Iranian defense official, for his activities on behalf of a designated Iranian defense entity.  Farasatpour was designated pursuant to E.O. 13382 for acting or purporting to act for or on behalf of, directly or indirectly, Iran’s Defense Industries Organization (DIO).  DIO was designated pursuant to E.O. 13382 on March 30, 2007, for engaging in activities that have materially contributed to the development of Iran’s nuclear and missile programs.

Farasatpour coordinated the sale and delivery of explosives and other materiel for Syria’s Scientific Studies and Research Center (SSRC) on behalf of DIO.  As DIO’s Deputy Director for Commerce, Farasatpour oversaw DIO’s credit line with the SSRC, which was valued at tens of millions of dollars.  The SSRC was listed in the Annex to E.O.  13382 on June 28, 2005, and is the Syrian entity responsible for developing and producing non-conventional weapons and the missiles to deliver them.

OFAC also sanctioned Rahim Ahmadi, a senior Iranian official serving as the Director of Iran’s Shahid Bakeri Industries Group (SBIG) for his involvement in Iran’s ballistic missile program.  SBIG was listed in the Annex to E.O. 13382 on June 28, 2005, and is responsible for Iran’s solid-fueled ballistic missile program.  Ahmadi was designated pursuant to E.O. 13382 for acting or purporting to act for or on behalf of, directly or indirectly, SBIG.

Ahmadi coordinates SBIG’s ballistic missile flight tests with Iran’s Aerospace Industries Organization (AIO).  The AIO was listed in the annex to E.O. 13382 on June 28, 2005, and is the Iranian organization responsible for ballistic missile research, development, and production activities and organization.  SBIG is subordinate to the AIO.

OFAC designated Chinese national Ruan Runling and three associated Chinese companies for proliferation activities in support of a key designated Iranian defense entity.  Ruan was sanctioned pursuant to E.O. 13382 because he has provided, or attempted to provide, financial, material, technological, or other support for, or goods or services in support of Iran’s Shiraz Electronics Industries (SEI).  OFAC designated SEI on September 17, 2008, for being owned or controlled by Iran’s Ministry of Defense and Armed Forces Logistics, which was designated on October 25, 2007.  SEI has engaged in the production of various electronics equipment for the Iranian military, including missile guidance technology.

Ruan is a Chinese proliferation agent and has supplied SEI with missile-applicable items and technology, to include U.S.-origin goods.  Since at least 2015, Ruan has provided SEI with a wide range of missile-related technology and goods that include gyroscopes and other missile-applicable navigation technology.  Gyroscopes can be used in missile systems for navigational, guidance, or stabilization purposes.

As part of today’s action, OFAC designated three China-based companies associated with Ruan.  Shanghai North Begins International, Shangai Gang Quan Trade Co., and Shanghai North Transway International Trading Co. are being designated pursuant to E.O. 13382 for having provided, or attempted to provide, financial, material, technological, or other support for, or goods or services in support of, SEI.  Ruan used Shanghai North Begins International to sell $17 million worth of navigation-applicable technology and guidance systems, as well as other dual-use technology to SEI.  Ruan, via Shangai Gang Quan Trade, sold goods to SEI.  Ruan also used Shanghai North Transway to sell more than $1 million worth of items to SEI.

OFAC sanctioned Iran-based company Matin Sanat Nik Andishan for proliferation activities in support of Iran’s ballistic missile program.  Matin Sanat was designated pursuant to E.O. 13382 for having provided, or attempted to provide, financial, material, technological, or other support for, or goods or services in support of, Iran’s Shahid Hemmat Industries Group (SHIG).  SHIG was listed in the Annex of E.O. 13382 on June 28, 2005 and is responsible for Iran’s liquid-fueled ballistic missile program.

Since at least 2011, Matin Sanat has worked to procure a range of ballistic missile-applicable technology and metals for SHIG.  Matin Sanat has also conducted transactions with SHIG’s parent company, AIO.

For identifying information on the individuals and entities designated today, click here.