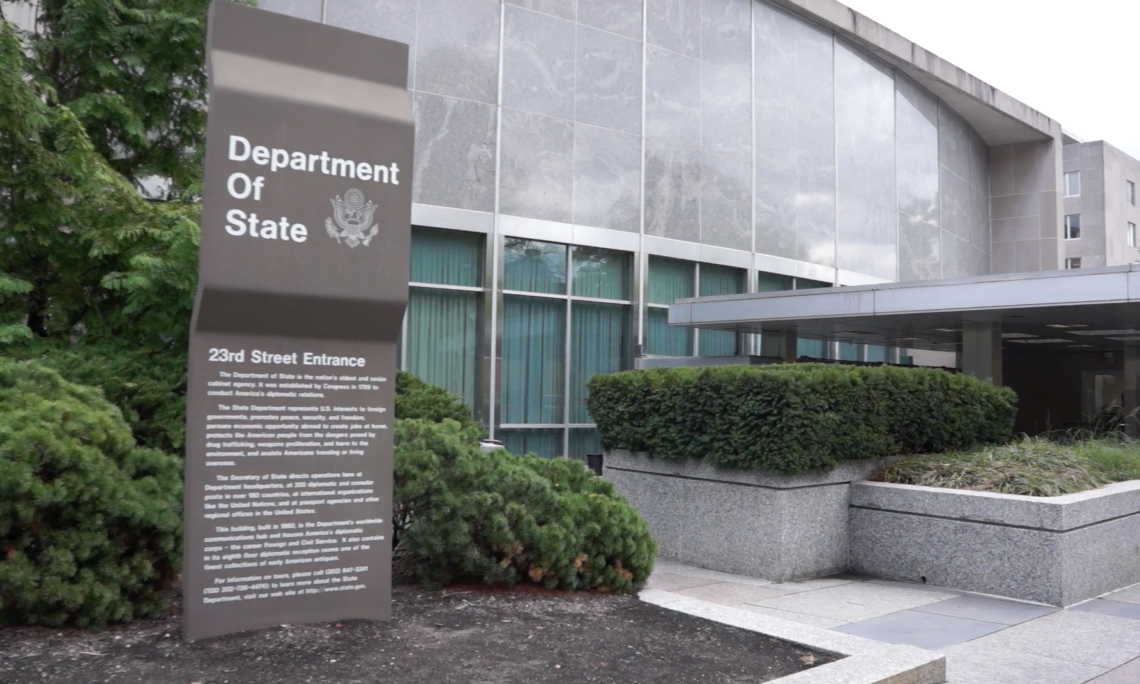 The State Department released today its semi-annual report to Congress detailing sanctions imposed on persons involved in human rights abuses in Iran. The report cites recent sanctions against the Tehran Prisons Organization and Sohrab Soleimani, the former head of the Tehran Prisons Organization, as required by the Comprehensive Iran Sanctions Accountability and Divestment Act of 2010, as amended by the Iran Threat Reduction and Syria Human Rights Act of 2012. Acting Assistant Secretary of State for Near Eastern Affairs Ambassador Stuart Jones gave the following statement on the report:

“As we continue to closely scrutinize Iran’s commitment to the JCPOA and develop a comprehensive Iran policy, we will continue to hold Iran accountable for its human rights abuses with new actions. We urge our partners around the world to join us in calling out individuals and entities who violate international sanctions targeting Iran’s human rights abuses.

“Whether it’s imprisoning people arbitrarily, inflicting physical abuse and torture, or executing juvenile offenders, the Iranian regime has for decades committed egregious human rights violations against its own people and foreign nationals, and this pattern of behavior must come to an end. The U.S. and its partners will continue to apply pressure on Iran to protect the human rights and fundamental freedoms for everyone in Iran. This includes the U.S. citizens wrongfully detained or missing in Iran, and we call on Iran to immediately return them to their families.

“In addition to the actions taken today, we are communicating to the U.S. Congress that the United States continues to waive sanctions as required to continue implementing U.S. sanctions-lifting commitments in the Joint Comprehensive Plan of Action. This ongoing review does not diminish the United States’ resolve to continue countering Iran’s destabilizing activity in the region, whether it be supporting the Assad regime, backing terrorist organizations like Hezbollah, or supporting violent militias that undermine governments in Iraq and Yemen. And above all, the United States will never allow the regime in Iran to acquire a nuclear weapon.”

The report’s release coincides with the Department of the Treasury’s announcement of new sanctions related to Iran’s ballistic missile program.

“Last month the Treasury Department imposed the first human rights-related sanctions designations against Iranian individuals and entities since December 2014, and we will continue to pursue initiatives around the world that uphold our core values of promoting and protecting human rights,” said Jones.

“The Treasury Department is imposing new sanctions on Iranian defense officials, an Iranian entity, and a China-based network that supplied missile-applicable items to a key Iranian defense entity. The action reflects concern with Iran’s continued development of ballistic missiles, which is in inconsistent with United Nations Security Council Resolution 2231. Iran continues to pursue missile-related technologies capable of delivering a nuclear weapon. The State Department will continue to partner with our colleagues at the Department of the Treasury to ensure our national security in the face of Iranian threats.”