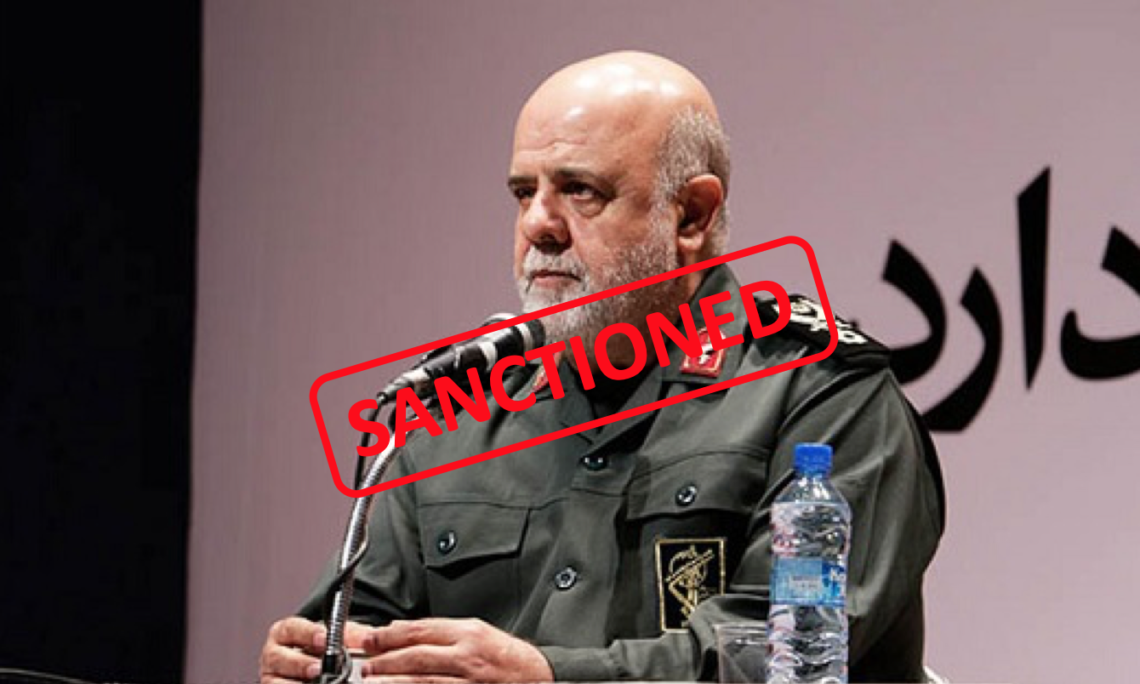 For many years, the Iranian regime and its primary tool of regional destabilization, the Islamic Revolutionary Guard Corps-Qods Force (IRGC-QF), have exploited Iraq to advance their own interests at the expense of the Iraqi people. The IRGC-QF’s activities in Iraq continue to undermine Iraqi security, sovereignty, and prosperity.

Today, the United States is taking another step to protect the Iraqi people from malign IRGC-QF influence by designating Iraj Masjedi, a senior IRGC-QF general in Iraq who also serves as Iran’s ambassador to Iraq. Masjedi has helped direct a variety of IRGC-QF activities in Iraq for many years, including training and providing support for Iraqi militia groups and facilitating large-scale financial transactions involving the IRGC-QF. Acting in a nefarious fashion for the IRGC-QF’s benefit, Masjedi has exploited his diplomatic position to facilitate financial transfers in Iraq for the IRGC-QF, concealing the group’s interest in the funds. Moreover, Masjedi has publicly acknowledged the IRGC-QF’s role in training militia groups in Iraq and Syria. The United States is designating Masjedi pursuant to Executive Order 13224, as amended, for acting or purporting to act for or on behalf of the IRGC-QF, a Specially Designated Global Terrorist. The United States previously designated the IRGC, including the IRGC-QF, as Foreign Terrorist Organization as it supports, finances, and directs terrorist activities around the world.

In his decades of service with the IRGC-QF, Masjedi has overseen a program of training and support to Iraqi militia groups, undermining the Iraqi government, increasing sectarianism, and targeting peaceful Iraqi citizen protestors with violence. He has directed or supported groups that are responsible for attacks against U.S. and coalition forces in Iraq. Today’s action is another reminder that the United States will continue to counter the Iranian regime’s malign behavior in the region.