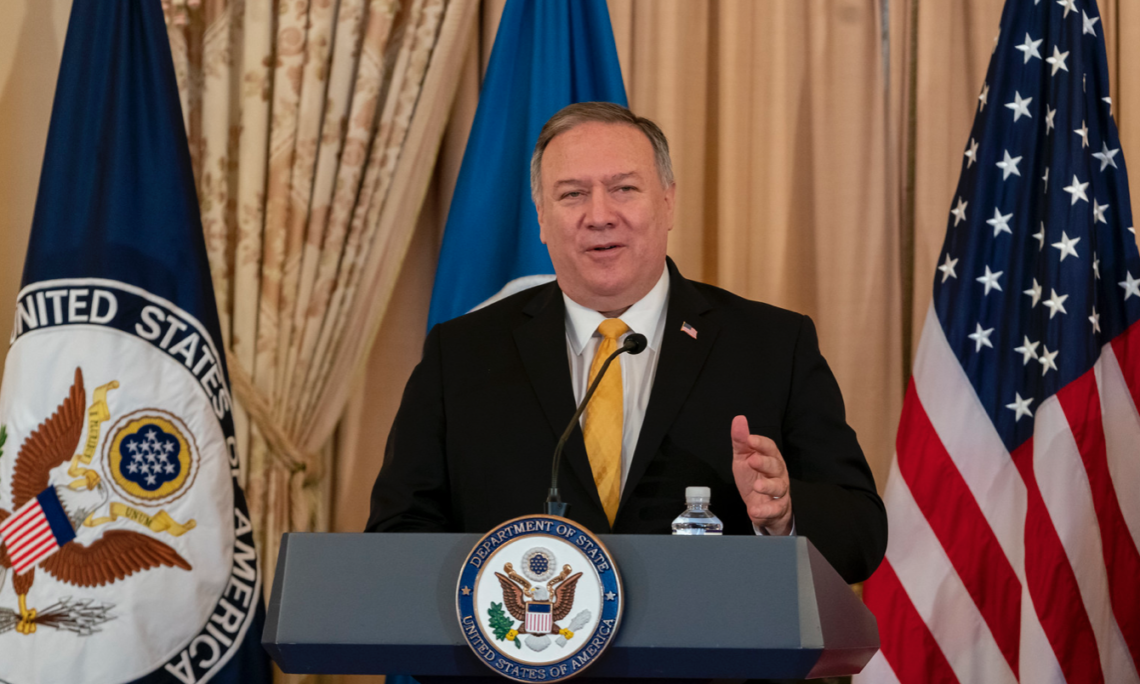 Instead of using its natural resource wealth to improve living conditions for the Iranian people, the Iranian regime prefers to pawn its oil to fund the Islamic Revolutionary Guard Corps-Qods Force (IRGC-QF) and support its terror proxies as they sow chaos and destruction around the Middle East. We will not let that happen.

Today, pursuant to Executive Order 13224 (as amended) the United States is imposing sanctions on several Iranian government entities and state-owned enterprises involved in Iran’s energy sector that have provided financial support to the IRGC-QF. We are also sanctioning several related individuals, entities, and vessels. These include sanctions on Iran’s Ministry of Petroleum and Minister of Petroleum, the National Iranian Oil Company, the National Iranian Tanker Company, and 21 other individuals, entities, and vessels related to the provision of support or services to the IRGC-QF.

These designations are an important step in the maximum pressure campaign to limit the Iranian regime’s ability to threaten its neighbors and destabilize the Middle East. Our action will further restrict the scope of activities permitted with the designated individuals and entities, further limiting the Iranian regime’s access to funds it uses to enrich itself and support terrorism around the world. The few remaining buyers of Iranian crude oil should know that they are helping to fund Iran’s malign activity across the Middle East, including its support for terrorism.

For more information about today’s actions, including a full list of the individuals, entities, and vessels involved, please see the Department of the Treasury’s press release.