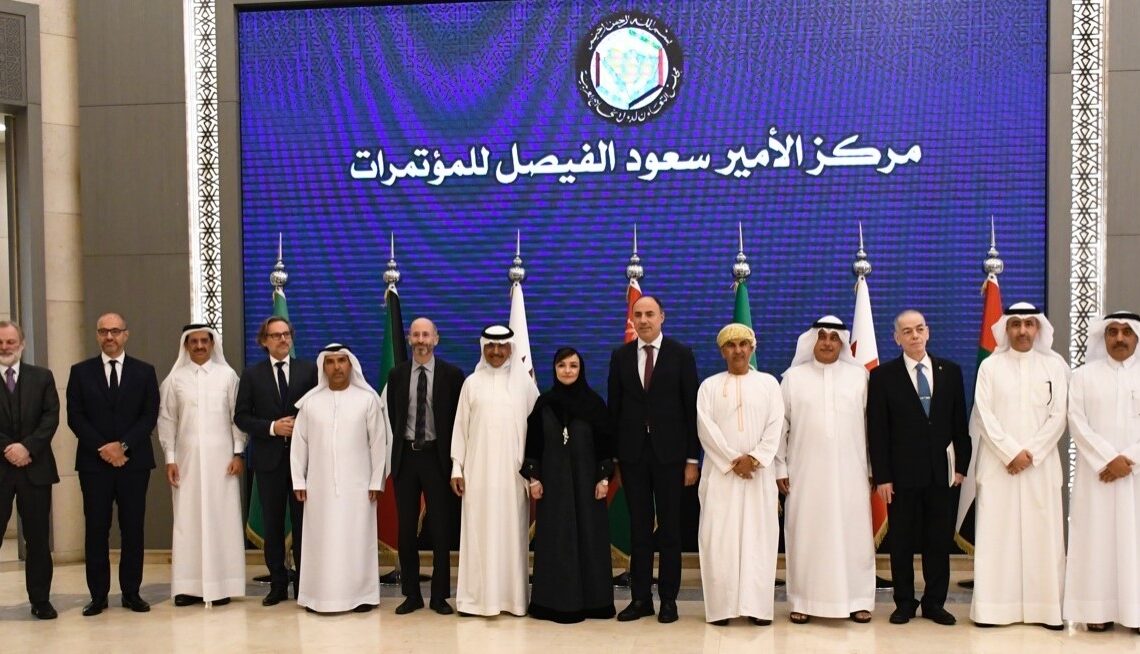 Senior officials of the United States (U.S.) and the members of the Gulf Cooperation Council (GCC), convened their Working Group on Iran at the GCC’s headquarters in Riyadh on November 17, as decided by the U.S.-GCC Foreign Ministerial on September 23. The Working Group affirmed the longstanding partnership between the U.S. and the members of the GCC and our shared determination to contribute to regional security and stability, under the framework of the GCC-US Strategic Partnership.

The U.S. and GCC member states condemned a range of aggressive and dangerous Iranian policies, including the proliferation and direct use of advanced ballistic missiles and Unmanned Aircraft Systems (UAS). These weapons have been used by Iran or its proxies in hundreds of attacks against civilians and critical infrastructure in Saudi Arabia and civilian merchant seamen in international waters of the Sea of Oman, and endangered American troops combatting ISIS. The U.S. and GCC member states agreed that Iran’s nuclear program is of grave concern, as Iran has taken steps for which it has no civilian need but that would be important to a nuclear weapons program, and also called for Iran to fully cooperate with the International Atomic Energy Agency (IAEA). The U.S. and GCC member states discussed a wide range of regional issues, including the situation in Iraq and Yemen, and agreed that Iran’s support to armed militias across the region and its ballistic missile program pose a clear threat to regional security and stability. They further agreed to hold subsequent meetings of this working group to discuss these and other issues within its terms of reference adopted in its inaugural meeting on 3 November 2015.

The U.S. and GCC member states affirmed that Iran has a better alternative to these continued escalations and can contribute to a more secure and stable region. Members of the GCC briefed on their efforts to build effective diplomatic channels with Iran to prevent, resolve or de-escalate conflicts, backed by strong deterrence and defense cooperation with the United States. They described a vision for these regional diplomatic efforts developing over time to promote peaceful ties in the region, based on a long history of economic and cultural exchanges. The U.S. and the members of the GCC affirmed that deeper economic ties after the lifting of U.S. sanctions under the JCPOA are in the mutual interest of the region.

The U.S. and GCC member states stressed that these diplomatic efforts will not succeed if Iran continues to provoke a nuclear crisis. The U.S. and GCC member states welcomed the upcoming seventh round of JCPOA negotiations in Vienna and called for an urgent mutual return to full compliance with the JCPOA, that would help pave the way for inclusive diplomatic efforts to address all issues that are necessary to ensure sustainable safety, security, and prosperity in the region.

All participants urged the new Iranian Administration to seize the current diplomatic opportunity to prevent conflict and crisis and create the basis for enhanced regional security and prosperity.